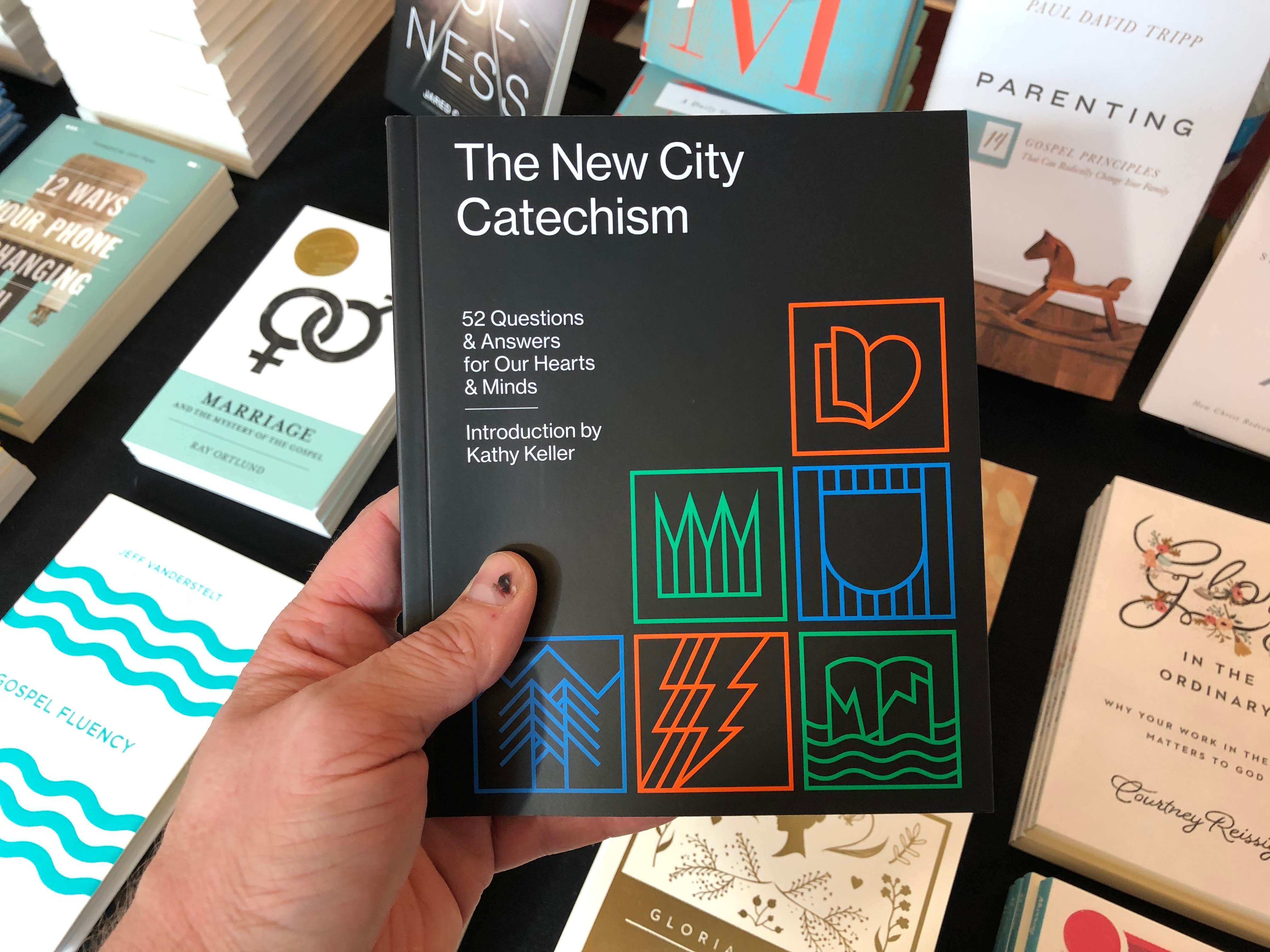 My wife Bethany and I are constantly working on new ways to study the Bible with our kids, and for ourselves. It’s a challenge to build up this discipline, and to keep it interesting for the kids, but we of course agree that it’s a critical part of being a disciple.

Recently I came across this new resource called New City Catechism, by The Gospel Coalition and Redeemer Presbyterian Church, and published by Crossway.

It’s a modern take on ancient catechisms. It has 52 questions and answers–one for each week of the year.

Each question/answer also has a kids version, which is usually shortened considerably. Look for the highlighted section in this photo — that’s the kids language. I see that Crossway is also going to release a standalone kids version soon as well. 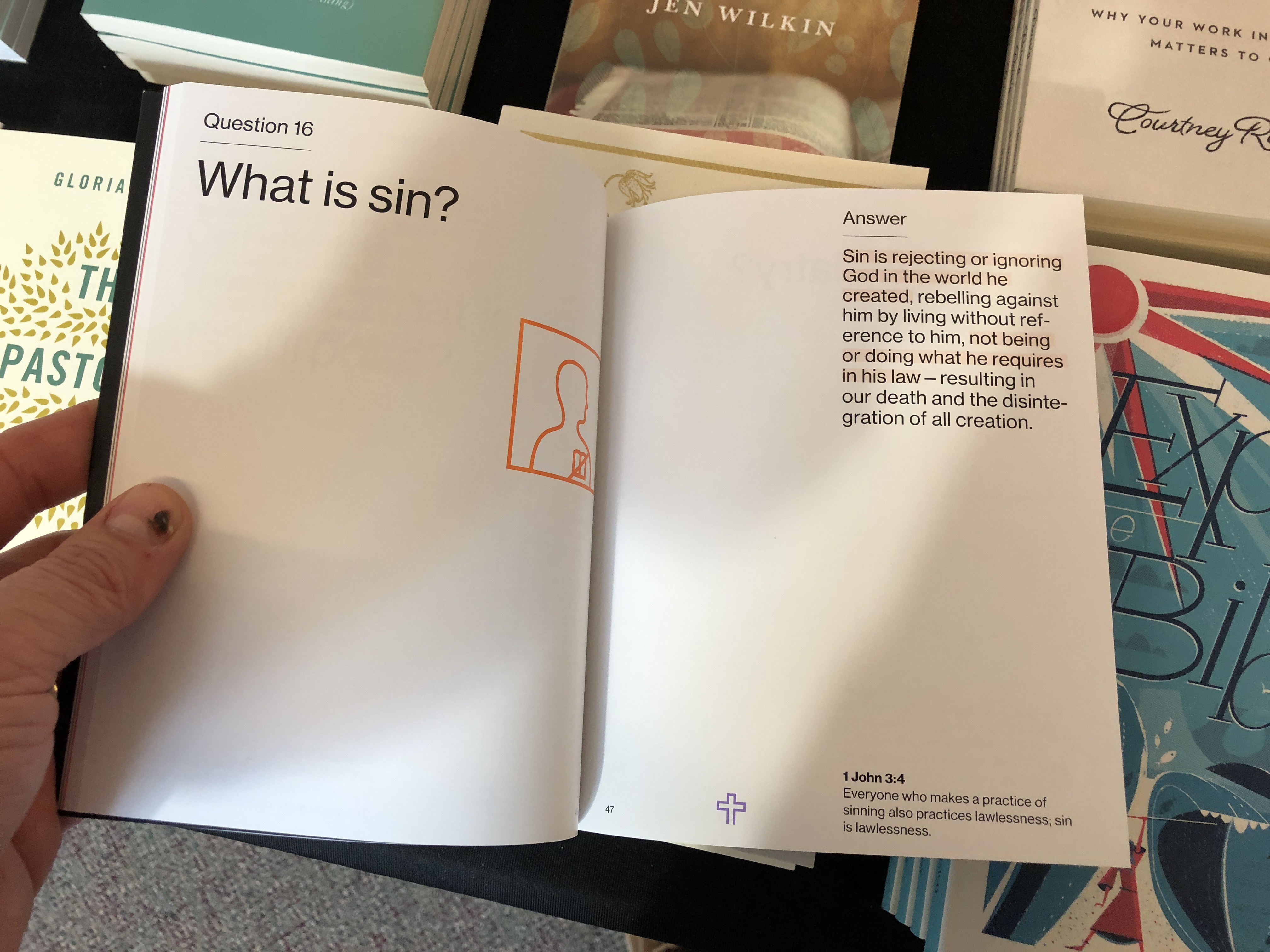 The power of the ancient practice of catechesis hit me with this story that Timothy Keller tells in the introduction to the book:

When my son Jonathan was a young child, my wife, Kathy, and I started teaching him a children’s catechism. In the beginning we worked on just the first three questions:

One day Kathy dropped Jonathan off at a babysitter’s. At one point the babysitter discovered Jonathan looking out the window. “What are you thinking about?” she asked him. “God,” he said. Surprised, she responded, “What are you thinking about God?” He looked at her and replied, “How he made all things for his own glory.” She thought she had a spiritual giant on her hands! A little boy looking out the window, contemplating the glory of God in creation!

I bought the devotional version of this to try out for myself in my personal devotions. So far, it’s taking me a little bit to get used to it but I’m enjoying the concept.

If I can make one complaint, I will say that I don’t like that they chose to use archaic language in the devotional book. They make an argument for why they did this, but I personally don’t agree with this — I would much prefer to find new, fresh, modern ways to express ancient truths using modern language. But I understand that many people will appreciate the more classical language that is used, and it is very readable as it is.

The whole catechism is also available online, and via mobile apps, for free!

See the collection at ChristianBook.com →

Pictures and report of our effort to help Syrian refugees are at ethanandbethany.com

Read more about many projects at eeethan.com

Seek and You Shall Find